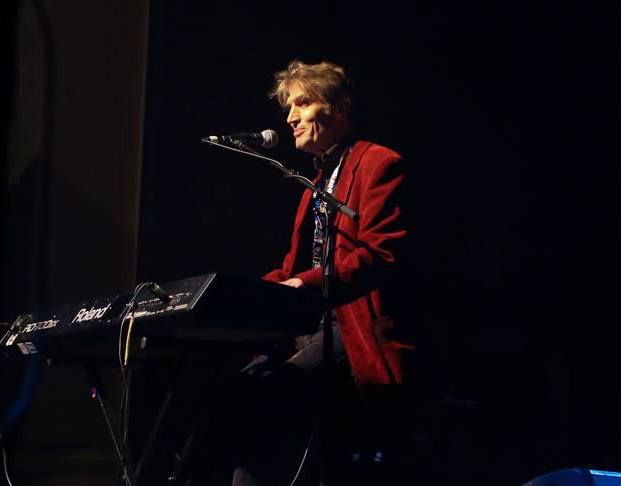 Peter Head (born Peter Beagley 1946, Adelaide) is an Australian rock music pianist and singer-songwriter. He came to prominence with Adelaide progressive rock band Headband (from February 1971 to 1974). He then formed The Mount Lofty Rangers, which included Bon Scott (ex-Fraternity) on lead vocals. Head also has a solo career.

“When I was 11, I started learning piano from a little old lady, playing things like “Roll Out The Barrel.” In 1959, when I was 13, I started with the first rock and roll band in Adelaide---Johnny Mac and the Macmen. I was playing three to four nights a week while at school. I was top of the class before my parents bought me a piano, and then I progressively got lower and lower until I was at the bottom of my class, and I failed my leaving” – Peter

As well as playing with Johnny Mac and the Macmen, the young Head accompanied the showgirls at the infamous Hindley Street institution, La Belle, after school. Throughout his teens, he continued piano lessons from a variety of well-known pianists such as Bobby Gebert and Roger Frampton and played modern jazz. He also played many shows accompanying a young Johnny Farnham and Doug Ashdown.

“At 16 I decided I hated pop, and became a jazz nut and a musical snob. That was the start of the Peter Beagley Trio. One of its members was Peter McCormick, who was later in one of Chris’ bands.”

He relocated to London at age 19, appearing in various bands and loose formations alongside artists such as Georgie Fame, Alan Price, The Foundations and Kind Crimson. “It was six weeks before I got my first job in London. A few months later I joined a Jewish band, and we toured Austria and Germany.” Back in London, Head worked and toured with reggae band Boz, run by Boz Burrell (Bad Company).

“It turned out they were all registered addicts, but they were tremendous musicians. We stayed in England a year, and just before we starved, my wife’s father brought us home.”

In 1968, Head was the musical director of Red Legs Football Club, playing in a trio and a ballroom orchestra. When the band played a concert, Head met Mauri Berg and Joff Bateman, whose band was at the same show. He also met Chris Bailey, whose band appeared on the same night.

In 1970, Head joined these musicians to form Headband, an adventurous progressive blues/rock band, with vocalist Chris Bailey (The Angels) on bass, Mauri Berg (ex Silhouettes) on guitar and backing vocals, and Joff Bateman on drums and backing vocals. Headband released four singles and the album “A Song for Tooley.” Headband supported Elton John and John Mayall and toured Australia with The Rolling Stones. Headband went their separate ways in 1974.

On 1 April 2016 Peter Head and Headband were inducted into The South Australian Music Hall Of Fame at The Goodwood Institute, Adelaide. After Headband split in 1974, Head started up Mount Lofty Rangers, an ever-changing group of notable Adelaide musicians that included Bon Scott, Vince Lovegrove, Glenn Shorrock, and Robyn Archer.

"Headband and Fraternity were in the same management stable and we both split about the same time so the logical thing was to take members from both bands and create a new one...the purpose of the band was for songwriters to relate to each other and experiment with songs so it was a hotbed of creativity."

The band had its own theme song – "The Mount Lofty Rangers Theme" – and featured mainly Head's original compositions. The members of the band were encouraged to work under the name Mount Lofty Rangers in any capacity they wished. For example, Vytas Serelis did paintings, posters, and films whilst Barry Smith was a welder and mechanic. Over 200 people worked under the Rangers name. In 1978, Head was honoured with a rock award from radio station 5KA for his contribution to the music industry based on his work with the Rangers.

"The '70s were just a special time in Australia at least, where there was a band on every corner in both Adelaide, Melbourne and Sydney and they were all playing original music. You just don't get that anymore, you don't get that anywhere in the world.”

Head was the resident Piano Bar artist for five seasons at the Adelaide Festival Theatre and was musical director for a wide array of plays including Young Mo and Hamlet on Ice. While touring with Young Mo, Head and scriptwriter Rob George collaborated on musical Lofty – An Epic From The Annals of Country Rock, which was staged in 1977 at Her Majesty's Theatre in Adelaide. He was musical director, composed the score and performed (with a five-piece Mount Lofty Rangers). An original Bon Scott composition, "I've Been Up in the Hills Too Long", was featured.

In 1978, Head wrote the music for children's musical Fun and Games, which was staged at the Arts Centre. Head toured nationally as musical director for the hit Robyn Archer musical, A Star is Torn. He composed soundtrack music for Bob Ellis' 1992 film, The Nostradamus Kid and for Les Patterson Saves The World. Head had a cameo role as "The Beggar" in Aden Young's 2007 short film The Rose of Ba Ziz.

In October 1996, Head released the Bon Scott "Round and Round and Round" EP on Head Office Records (with label partner, radio announcer and musicologist David Woodhall). The original tracks were recordings from 1974.

"Bon and I used to help each other out. I'd write music and he'd sing lyrics of my songs…I'd been carting the tapes around for twenty years and then I met Ted Yanni at Round Midnight and we started talking about new technology and what you could do with older material like this."

For the remixing process, Head teamed up with producer Ted Yanni, another old friend of Bon's. Using the best technology available, Ted isolated the original vocal track from "Round And Round", and then built an entirely new backing to the song, so it "sounded as though it was recorded today, rather than yesterday." The original version is also included on the CD single. It features former members of Headband and Fraternity. Many people - musicians and technicians - donated time, talent and studios to pay tribute to an old friend and contribute to the project. The result is one of the best recordings available by Bon Scott, displaying a side to his vocal ability that wasn't as evident in subsequent releases.

Bon Scott and Peter Head had a close and enduring friendship and Head has contributed interviews to Bon Scott and AC/DC biographies by Murray Engleheart and Clinton Walker. Bon's knowledge of the guitar was limited, so Peter taught him how to bridge chords and construct a song.

Head moved to Sydney in 1980, performing regularly at Kinselas and Kings Cross nightclubs such as Round Midnight, The Bourbon and Beefsteak, Paradise and Springfields. He performed both solo and with regular musical cohorts Doug Williams, Wendy Saddington, Lucky Starr, and Jeff St. John. Head's "King of the Cross" recording was inspired by his years working in the suburb.

"Well, the Cross is good, every time you walk down the street…at least ten stories come into your head, all those weird and wonderful people"

In 2003, Head released "In the Key of Night" - a solo piano/voice album recorded to recreate the feel of one of Head's late night piano bar performances under the Big Beat Music label. The album features songs, “I Don’t Believe” and “Everything is Everything.” Head has collaborated with three family members: his daughter Lo Carmen, son Joshua Beagley, and granddaughter Holiday Sidewinde.

He features on Carmen's 2009 album "It Walks Like Love" and has played alongside her opening for artists such as Kinky Friedman, The Handsome Family, Renee Geyer, and in the band Slow Hand. In 2013 Head and Carmen independently released the album "The Apple Don't Fall Far From The Tree." It includes original tunes "Old Hands" and "Songs Don't Care.” Head played in Carmen's bands Automatic Cherry and Honky Tonk Angels (for which he also acted as musical director and assembled the band).

His son Joshua Beagley contributed guitar to the King of the Cross recording. Head is responsible for suggesting the name for granddaughter Holiday Sidewinder's band, Bridezilla. Head, Carmen and Sidewinder performed together for the first time with Songs of Sydney, a Creative Festival event held at the Museum of Contemporary Art in 2009 in Sydney.